Aliens Don't Ring Doorbells comprise Dorian Foyil (guitar, sax, backing & lead vocals), Adam King (lead, backing vocals) and Mark Boden (keyboards, backing vocals). The band took their outlandish name from a conversation Foyil recalled witnessing between an old man and Foyil’s (then) six year old son on a New York subway platform a number of years ago: the old man appeared to be talking to himself until he turned to the boy and said, “it’s because aliens don’t ring doorbells.”  To the guys in the band, the phrase ‘aliens don’t ring doorbells’ has some ring of truth to it and the name kind of felt right.

But if we can just be blunt for a moment: what a fucking great name.

Aliens Don't Ring Doorbells’ debut album, Arrival – you see what they did there? – differs from the Abba record of the same name in several respects. For a start, Aliens have never won the Eurovision Song Contest – although the decade is still young – nor do their songs remind you of anything emanating from a Scandinavian idyll. Instead, the band’s cute and insanely catchy tunes might just persuade you that it’s possible to reinvent the mainstream – if not, in fact, the wheel – long after your teenage years have passed into blissful memory. Songs like Story and Slipping Away and Consummation are inspired and intrepid blasts of mid-Atlantic rock – oh yes! – that will have you reaching for your hairbrush or tennis racket or whichever household implement stands in for rock n’ roll paraphernalia these days. And, just for the record, you’ll still be standing up and singing, when you’ve had to put the kettle on. 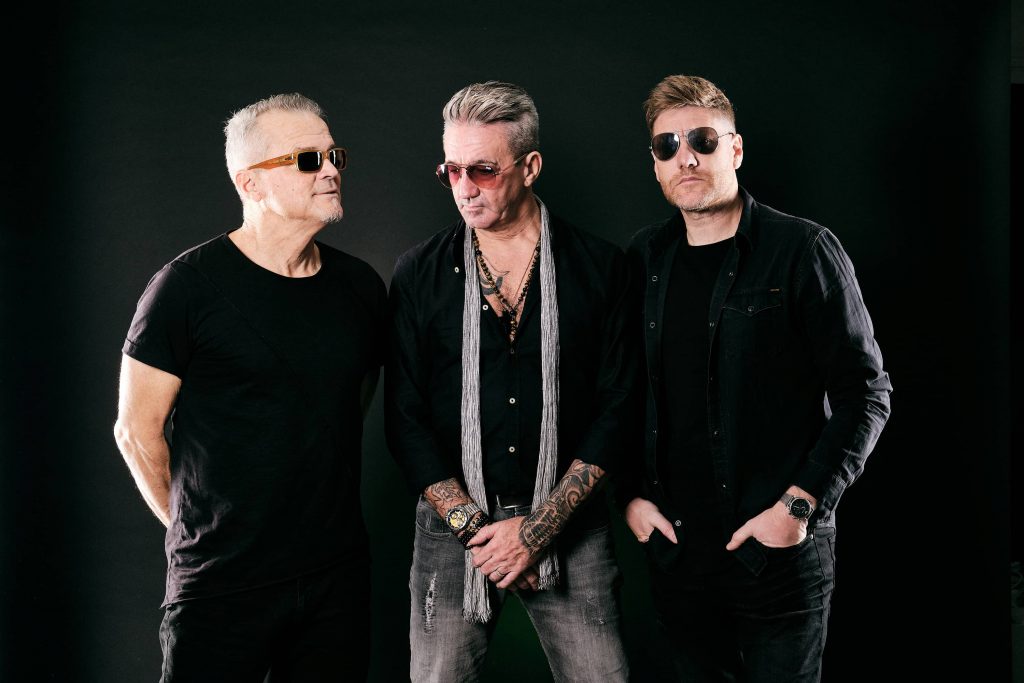 Aliens – we can see you’re getting used to this by now – are nothing if not a multifarious collective, hailing from several corners of the globe: Foyil was born in Pasadena, California and lived there until he was six, although as his father worked in glass bottles – not literally, that would be a very strange set of circumstances – the family relocated so often that his brother and sister (and Foyil for that matter) thought it was all .. “fun”. Indeed, a spell in Tampa, Florida soon followed and two years later the family moved to Mexico, which gave way to Monterrey and Guadalajara, and then a move back to the US –whilst Foyil was in the sixth grade – saw our intrepid hero residing in Chesterfield, Missouri, then Scotch Plains, New Jersey, and finally Millville, New Jersey where he graduated from High School. Whilst you pause for breath, we can tell you that the band all met after they’d each relocated to Spain’s Costa Blanca, found a mutual love for rock music and started rehearsing and playing live together. One day, this gathering of kindred spirits had suddenly become Aliens and serendipity had made its mark once again.

“We are Adult Pop Rock with a raw edge. Or Simon and Garfunkels’s Bridge Over Troubled Waters meets .. Alien!”

Adam King hails from Liverpool – the band’s resident ‘scouser’ as he describes himself - and provides most of the lead vocals on Arrival as well as contributing a good deal of written content on the record, something that all three main co-conspirators can claim responsibility for. King grew up watching his parents who performed as a cabaret act Liverpool in the 60s.  As an actor, Adam has major theatre roles as the Dentist in “Little Shop of Horrors” and Fagin in “Oliver”.

In his early career, Adam worked as a solo artist and was often seen crooning to guests on many a cruise to the Greek islands in the 2000s.  Over the last decade Adam has made Spain’s Costa Blanca his home where, in addition to playing live, he also presents a regular radio show, Swing With The King, that reflects his love for swing music and Rat Pack darlings like Frank Sinatra, Dean Martin, Sammy Davis Jr. and Bobby Darin. But King is not about nostalgia but rather the constant reminder that music can be anything you want it to be, and that switching styles from one song to the next is something to be admired and embraced in equal measure.

The Aliens’ triumvirate are more than emboldened by the presence of Birmingham-born keyboardist Christian Pearl and his innovative arrangements: Pearl counts Bowie, Stevie Wonder, Super Furry Animals, and Faith No More amongst his heroes and is a Steinway-featured artist who, since 2007, has had three You Tube channels devoted to his piano/keyboard based tutorials with over 1.4 million subscribers. Naturally, he shares writing duties with Foyil and King and provides an insight into how the album came together: Pearl brought Missing Pieces to the band, but It’s Your Night, The Heart Is In Her Eyes and This Is Me - songs the band wrote together - that became the first indication that they had something good going on. Correspondingly, Foyil reveals that the album’s twelve songs were recorded and produced by Michael Jackson’s Thriller engineer Jeff Kanan, in a frenzied month of activity at The Keep studios in Denver. The album’s rhythm section features Kevin Dean on drums and Earl Forbes on bass, both from The Bahamas.

“We all like Rock, Prog Rock, Jazz, Swing and Pop and we write about stories in our lives that we have observed over the years.”

Foyil confesses that he likes “to write songs that anyone can understand” and that’s really evident on songs like Daddy Blues, Important and, particularly Story. The latter touches on themes of the custodial nature of a parent/child relationship  - “His father told the story/of just how life could be/he said he’s like a teacher and /one day you are free to learn to learn and live your life as you best see/ the story of a lifetime revealed/let it go, set it free” – and is heart-breaking in its honesty. Naturally, Story will be one of the first songs to showcase the album and has an attendant and wonderful video shot-in-one-day in the Ukraine – the Russian-born kickboxing champion-turned video producer Victor insisted they start shooting at two am in order to get the clouds just right! – featuring the very man who owns the giant farm on display as a postman on a pushbike delivering a letter. Of course, it could pass as Hollywood drama but two other songs on Arrival have now also made it to video: Slipping Away – “about a girl who gets dressed up to go out so that you think you’re gonna lose her” – was also filmed in Ukraine but this time in a strip club; and the hedonistic, paranoid anthem that is Consummation (which marries the two phrases to be consumed and to consume) –– was filmed in Denver and replicates the feelings of anxiety engendered by the sentiments of this colossally addictive tune, one of many on this melodically addictive album. 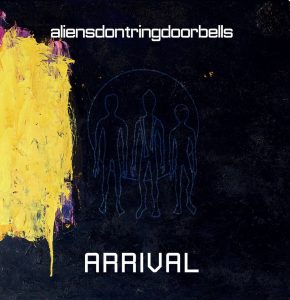 It’s interesting to note that, whilst recording the album, producer Jeff Kanan told the band to “just keep writing and your style will evolve.” Foyil has taken the advice to heart although he now suggests that they “didn’t want to sound like somebody else, it just spilled out and we recorded what we wrote.” Well, we should be grateful for that, because Arrival is a very special rock record and Aliens Don’t Ring Doorbells are a very special rock band with a unique style of their own.

Stay In The Loop